This is a feminine kind of compassion: just like a woman waits — she never takes the initiative, she never goes to the man. She may love the man, but she will never be the first to say “I love you.” She will wait; she will hope that one day or other, sooner or later, the man will propose. The woman is inactive love, passive love. Man is active love, man takes the initiative. And in the same way, compassion has two possibilities: the feminine and the masculine. From Dharmarakshita, Atisha learned the feminine art of being in love with existence. One more step was needed: Dharmarakshita told him, “Go to Yogin Maitreya” — these three masters were all living together in the same vicinity — “Go to Yogin Maitreya and learn how to transform the baser energy into active energy, so love becomes active.” And once love is active, compassion is active, you have passed through all the three dimensions of truth — you have known all. You have known utter emptiness, you have known compassion arising, you have known compassion showering. Life is fulfilled only when all these three have happened.

Because Atisha learned under three enlightened masters, he is called Atisha the Thrice Great. Nothing more is known about his ordinary life, when and where exactly he was born. He existed somewhere in the eleventh century. He was born in India, but the moment his love became active he started moving towards Tibet as if a great magnet were pulling him there. In the Himalayas he attained; then he never came back to India. He moved towards Tibet, his love showered on Tibet. He transformed the whole quality of Tibetan consciousness. He was a miracle worker; whatsoever he touched was transformed into gold. He was one of the greatest alchemists the world has ever known. These “Seven Points of Mind Training” are the fundamental teaching that he gave to Tibet — a gift from India to Tibet. India has given great gifts to the world. Atisha is one of those great gifts. Just as India gave Bodhidharma to China, India gave Atisha to Tibet. Tibet is infinitely indebted to this man.

These seven points, the smallest treatise you can find, are of immense value. You will have to meditate on each statement. They are the whole of religion condensed: you will have to unfold each statement. They are like seeds, they contain much. It may not be so, but the moment you move into the statements deeply, when you contemplate and meditate and start experimenting with them, you will be surprised — you will be going into the greatest adventure of your life. The first: FIRST, LEARN THE PRELIMINARIES.

What are the preliminaries? These are the preliminaries. First: the truth is. Truth is not something to be created, truth is not something that is far away. Truth is here now, truth surrounds you like the ocean surrounds the fish. The fish may not be aware — once the fish becomes aware of the ocean, the fish is enlightened. The fish is not aware, cannot be aware, because the fish is born in the ocean, has always lived in the ocean, is part of the ocean as any wave is part of the ocean. The fish is also a wave — a little more solid but born out of the ocean, lives in the ocean and one day disappears in the ocean. The fish may never come to know about the ocean. To know something, a little distance is needed. To know something, perspective is needed. And the ocean is so close, that’s why the fish may not be aware of it. And so is the case with truth, or if you like you can use the word, god. So is the case with god. It is not that he is far away, and that’s why we don’t know about him; it is because he is not far away but very close by. Even to say that it is close by is not right, because you are it. He is within you and without he is all and all.

The second preliminary is: the mind is the barrier. Nothing else is hindering you from the truth, just your mind. Mind surrounds you like a film, like a movie that goes on and on, and you remain engrossed in it, fascinated by it. It is a fantasy that surrounds you, a continuous story that goes on and on. And because you are so fascinated by it, you go on missing that which is. And the mind is not; it is only a fantasy, it is only a faculty for dreaming. Mind is nothing but dreams and dreams — dreams of the past, dreams of the future, dreams of how things should be, dreams of great ambitions, achievements. Dreams and desires, that is the stuff mind is made of. But it surrounds you like a China Wall. And because of it, the fish remains unaware of the ocean. So the second preliminary is: the mind is the only barrier. And the third: no-mind is the door.

Atisha calls no-mind BODHICHITTA: that is his word for no-mind. It can be translated as Buddha-mind, buddha-consciousness, too. Or if you like you can call it Christ-consciousness, Krishna-consciousness. It doesn’t make any difference what name is used, but the basic quality of bodhichitta is that it is no mind. It looks paradoxical: the mind is in the state of no mind. But the meaning is very clear: mind without content, mind without thoughts, is what is meant, is what is indicated. Remember the word bodhichitta, because Atisha says the whole effort of religion, the whole science of religion is nothing but an endeavour to create bodhichitta, buddha-consciousness: a mind which functions as a no-mind, a mind which dreams no more, thinks no more, a mind which is just awareness, pure awareness. These are the preliminaries. 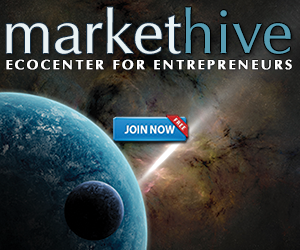